Up 7 am today. Good night sleep, but restless due to the heat and humidity and absence of A/C. At least I remembered to leave the fan on last night!

Showered, packed and out by 7:30. Walked from the apartment where I am staying up Avenida Chichen Itza and then turned right onto Avenida Uxmal -- just like yesterday evening -- as I again made my way to the ADO bus terminal for my 8:45 am departure for the small central Yucatan town of Valladolid. From Valldolid, I would take a taxi to and from the Ek Balam Mayan ruins site, thought I had no idea what that might involve in advance. Today I was winging it -- the entire day. And I am happy to say that the say went exceedingly well in the end!!!

On the way to the bus terminal this morning, I found a copy/print shop and printed out my confirmations for tomorrow's Chichen Itza and cenote tour and the next day's Tulum and Coba tours. I also grabbed several snacks and beverages, all of which added up to one really filling breakfast.

My bus to Valladolid left fairly promptly and arrived 15 minutes late to its destination. Valladolid is a charming, relatively quiet and yet still bustling town, and here are some pics and videos to show you the vibe of the place:


I arrived in Valladolid hungry, again, so I decided to walk around for 30-40 minutes before taking a taxi to the ruins of Ek Balam. First, I needed to find a bank. I asked the nice Mayan lady from whom I purchased 3 corn empanadas stuffed with pinto beans, where the nearest bank was located. Within minutes, I was inside a nicely appointed HSBC exchanging my 500 pesos note for a multitude of 20s and 50s. Even though 500 pesos is just over $50 USD, you would think it was a $500 bill from the way that everyone here seems to have an issue accepting it or making change. Even big convenience stores that you know must be raking in the cash each day based on how busy they obviously are...


Immediately after the HSBC, I discovered the first of 4 amazing juice and water popsickles that I ate today, perfect in the heat and overpowering humidity of the jungle as well as, of course, Valladolid. Man, it was hot today!

Following this, I made my way through the streets, asking directions in Spanish when needed and having no issues whatsoever at this point on day 3 communicating with everyone here entirely in Spanish. I am also happy to say that at this point, though very basic and with a multitude of verb tense mistakes, I am no longer speaking "broken" Spanish for the most part, but rather simply speaking a "basic" (and very functional) version of the language. In other words, I am in no danger of presenting a philosophical argument to a large crowd and then debating with people following my speech, but at a much lesser level, I am now fully functional in the language for all of my daily needs. This both surprises and encourages me. One more language that I can now take seriously, picturing myself on the road to eventually fluency! Yay!

Anywho, found a taxi for 50 pesos to Ek Balam. Had to share with 4 gruff, local Mayan workers of some sort, on their way to the ruins for their jobs. You know, I was ripped off. Apparently I was supposed to pay 44 pesos, but instead was swindled into paying 50. I am really going to miss that 60 cents, let me tell you...


Ek Balam was amazing, and rather than writing anymore about it right now, I am going to let my pictures and videos explain how magical that place is: 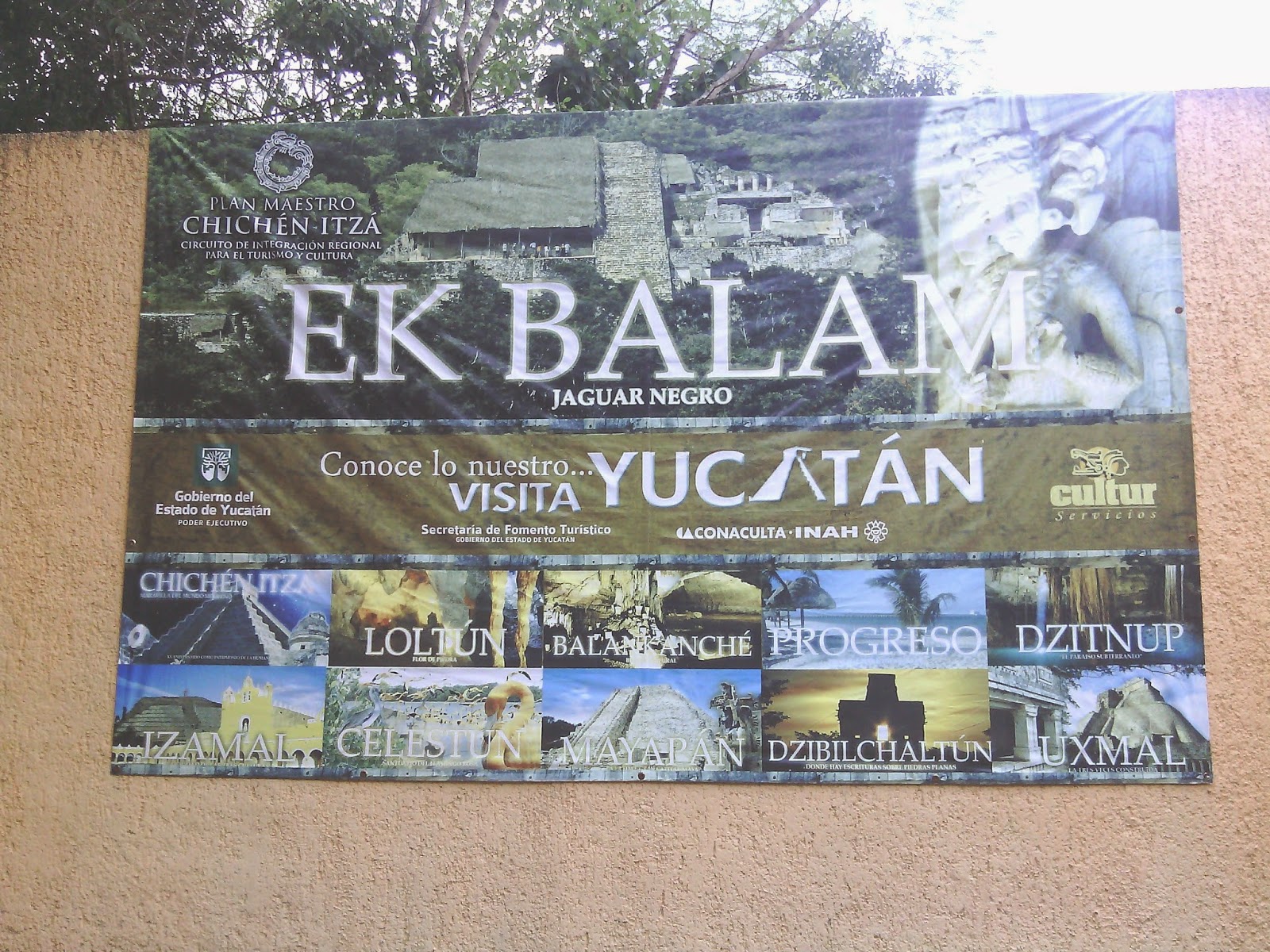 Here are my thoughts on first entering the city from the jungle path I had followed from the welcome center:


Here are several other short videos that I shot, all self-explanatory, of the buildings and grounds approaching the main temple, which was the real reason I had come to visit this particular site today:


Here are my thoughts, as expressed in a video shot at the very top of the pyramid complex, looking out over the jungle and following a short conversation I had with a Cancun local named Angel about how the tall Mayan pyramids would have been perfect for communicating with UFOs (OVNIs in Spanish):


I also couldn't resist, simply because I could, despite its sacreligious implications: I saw that my Mexico cellphone had a perfect signal in the middle of the jungle on top of a huge Mayan pyramid, so I called my parents to say hi and to let them know where I was at that exact moment in time. I think they got a kick out of the fact that I was calling them from the top of an ancient Mayan temple. I know that I did.

I want to write more here about my impressions of the way sound travelled up and down the stairs of the pyramid, as if the acoustics had been designed that way to allow priests and perhaps the city's kind to speak to the entire city from the top of the temple in a normal, only slightly raised voice and yet have the entire city hear him or them. This deserves much contemplation and study, and I wonder if any legitimate archaeological research has been done on this topic...?

From here, I descended the temple complex, stopping again at the stucco frieze of the various gods previously mentioned, in order to journal and catch some shade for a few minutes (under the palm leaf roofed canopy protecting it from the elements and sun). Then back down the the bottom to do some exploring of the as yet unexcavated "raw" ruins surrounding the main pyramid at Ek Balam.

Here are some videos I shot explaining the vibe and appearance of the unrestored buildings and pyramids at Ek Balam:

From here, I walked around the main temple pyramid once -- one complete circle, most of it on a shaded jungle path all by my lonesome (in fact, for whatever reason, Saturday and all, hardly anyone was at either the ruins site or the cenote at Ek Balam, which I will get to in a moment...

Back to the welcome center for my third popsicle of the day. Whereas the second had been pineapple, pulp and all, this third one was a sour tamarind treat. So refreshing in the 90+ degree 10000% humidity weather that we had here today. Which they pretty much have everyday this time of year...

After enjoying my frozen tamarind treat, I decided to pay the additional $3 USD and walk 20 minutes to check out Ek Balam's own cenote.

Please watch the following several short videos and find out for yourself. Pretty amazing places, cenotes! 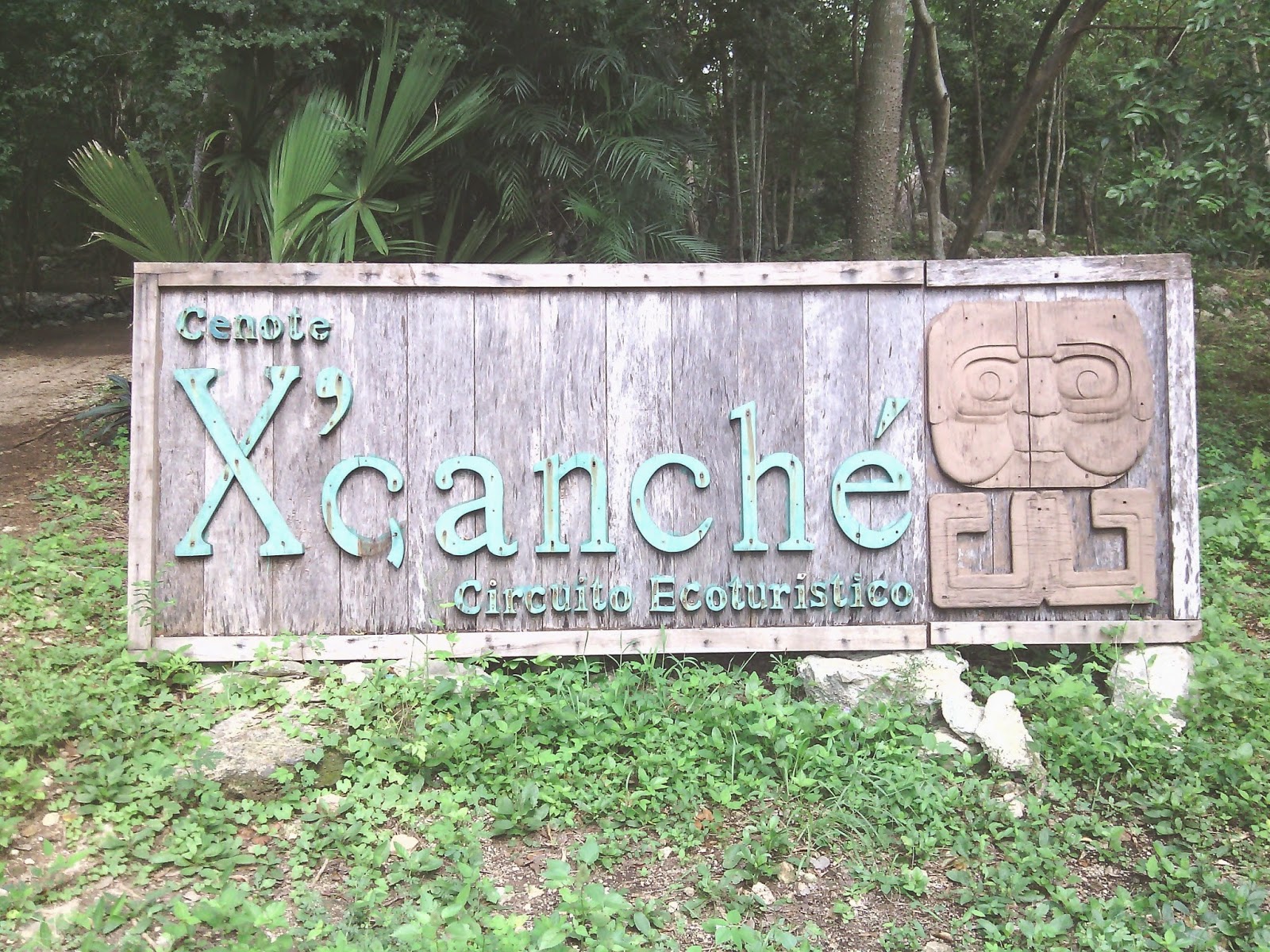 After a half hour of swimming (or really, treading water) at the cenote, I made my way back to the welcome center for my 4th and final (pineapple) popsickle of the day. Man, it was good -- and necessary after that last walk in that heat!

Got back to Valladolid with maybe 40 minutes to spare before boarding my bus back to Cancun. Walked around the city center and saw several sites, including a really nice park from 1900 and a very important and famous Colonial Era Spanish church from the mid 1500s: the Iglesia y Convento de San Bernardino de Siena (San Bernardino Church and Convent). As a gesture to subdue and "civilize" the local Mayan "savages," the Spanish conquistadors who settled this area built the church with stones from the demolished Mayan temple that used stand across the street, where the park now stands. Ain't progress grand, folks? 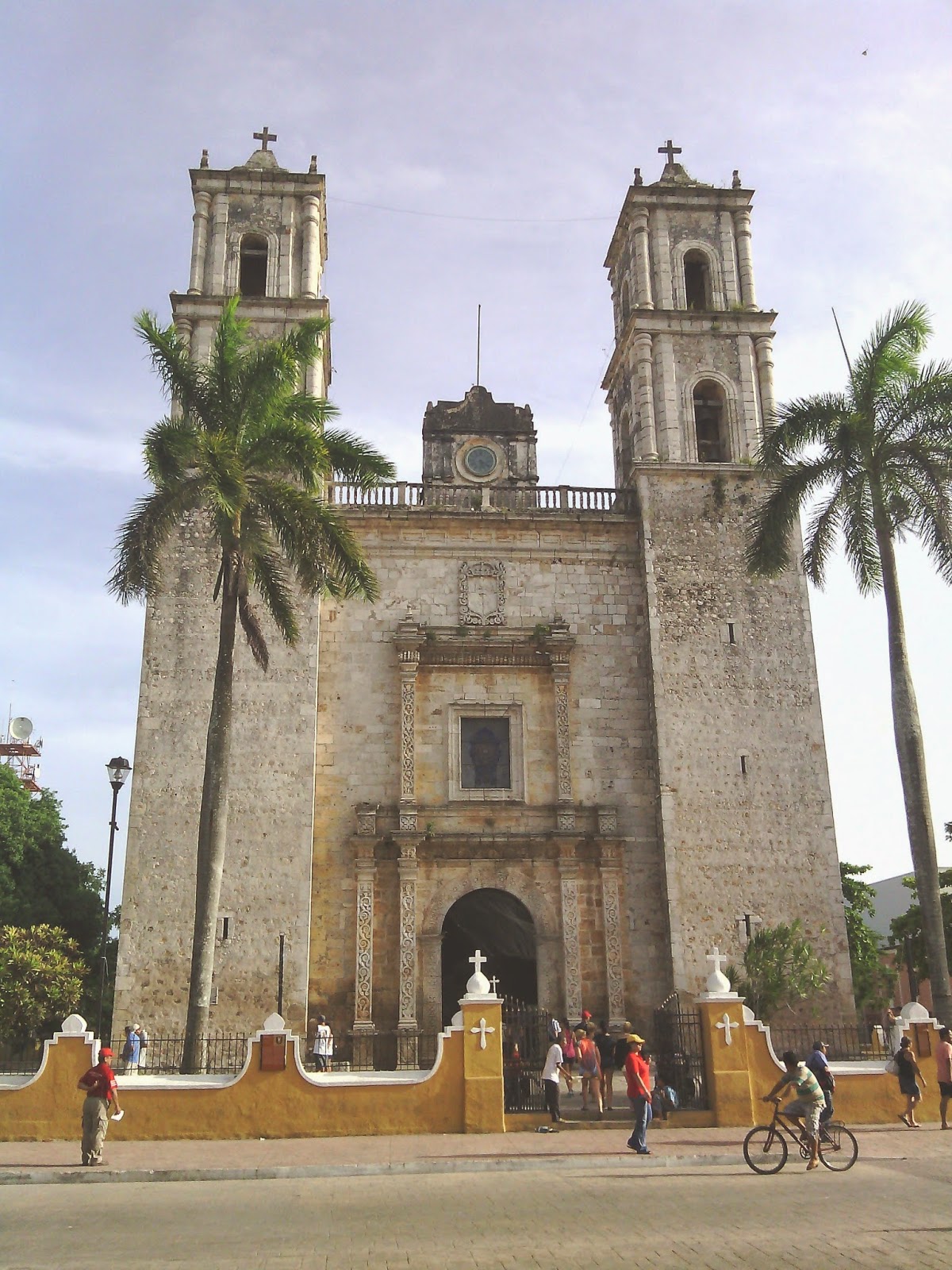 Made my way back to the bus station, stopping to purchase 3 small chicken tacos and 2 large chicken tamales from a lady on the corner across the street from the station. Also picked up a bag of fresh mango at the same time from another street vendor. Prepared for my journey back to Cancun, I waited in the bus station and eventually my coach arrived, 15 minutes late.

A smooth trip punctuated by a dubbed version of one of the Thor movies and a long nap, I arrived back in Cancun around 9 pm this evening. Tired, I nevertheless walked "home" from the bus station, stubbornly refusing to allow myself to splurge on a $2.50 USD taxi ride. What was I thinking?!

Back here, I showered, uploaded all of my pics and videos from my phone to my laptop and Youtube, and then showered and typed this entry. I need to go to bed now, as I need to wake up in 5 hours to get ready and then catch a taxi to my rendezvous point for my all expenses paid day tour of Chichen Itza, the most famous Mayan ruined city of them all, tomorrow. I hope to add all picture and video links to today's entry tomorrow, after which today's entry will suddenly make much more sense. I am just tired right now and need to go to bed.

Thanks for reading, and look for more excitement tomorrow from Chichen Itza and another cenote.
Posted by Brendan Davies

If you leave me a spam comment, it will immediately be removed. I will never EVER leave your comment in place on my blog. It will be permanently deleted in minutes.